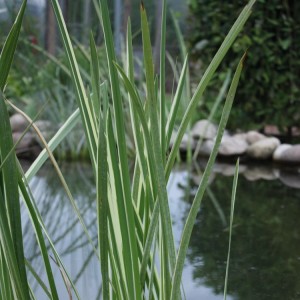 Acorus is a sort of perennial grassy plants from the family of Acoraceae. The word "Acorus" often call not only the sort Acorus, but also its most known look – the Acorus ordinary (Acorus calamus). This plant is described in the III century BC at Teofrast. The number of types of the Acorus, according to different data, fluctuates from two to six. But only two are conventional: Acorus ordinary (Acorus calamus) and Acorus cereal (Acorus gramineus).

Acorus calamus,  or Acorus ordinary, or the Acorus marsh – grows at coast of various reservoirs: rivers, lakes, bogs, ponds. One scientists consider as the Acorus homeland Ancient China, others – India, and the third – the Himalayas. About it there is no uniform point of view, and here that curative properties of the Acorus were known still to Hippocrates, nobody doubts: very in detail it described fine drugs from the Acorus root.