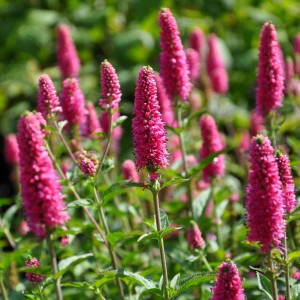 Veronica is the most numerous sort of plants (includes 400-500 types) from the families of Plantaginaceae, which included the family of Scrophulariaceae. Veronica is a one-year or perennial plant, is more rare the semi-bush which is found on all globe. The majority of types is widespread in the European and Asian countries, however many of them are disappearing and are included in the Red List. Rod Veronica was known still in the ancient time, however now there is no uniform point of view concerning an origin of its scientific nomination. One researchers believe that so the sort was called by Leonart Fuchs in honor of Saint Veronica, and others build a name to a combination of words of Latin of "vera unica" that the real many illnesses medicine is translated as "truly only", that is. Really, some types of Veronika differ in the curative properties and are still used in traditional medicine. And a number of scientists translates the name from Greek as "a small, or low oak".